we will win the race against the climate crisis

The most challenging race humankind has faced

We are part of EXTREME.E because we believe in a more sustainable, fair and decarbonized planet, as well as promoting women's leadership.

ACCIONA participates in the Extreme E, the electric all-terrain championship, with the ACCIONA | Sainz XE Team.

Extreme E is a competition made up of ten teams, which will be held in five locations affected by climate change with the aim of increasing visibility and awareness of this problem. The settings represent one of the attractions of the project. The desert, the mountain, the Arctic, the Amazon jungle and the Glacier will be the locations where the races will take place.

The competition promotes gender equality through an equal number of male and female participants. Our drivers, Carlos Sainz and Laia Sanz, will take turns behind the wheel of our vehicle in each race.

After the completion of each event, "Legacy" initiatives will be undertaken to make a positive impact through educational and environmental conservation programmes, as well as initiatives with local communities. To accomplish this, Extreme E has a scientific committee made up of leading academics from the universities of Oxford and Cambridge, who will advise on the initiatives.

Extreme E is a new championship that promotes, for the first time, the fight against global warmi... 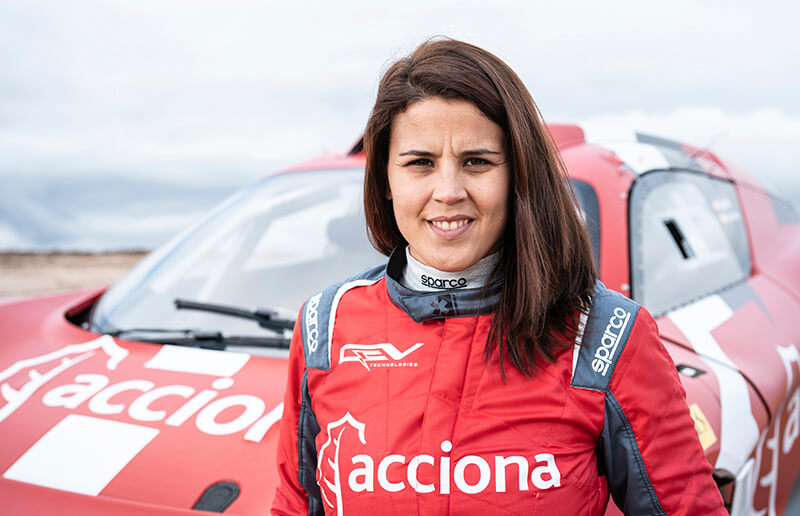 She is a Spanish trial, Enduro and rally-raid driver, a 13-time trial world champion and a 5-time Enduro world champion. She has also finished the Dakar Rally ten times, winning in the women's motorbike category each time. In 2015, she came in ninth overall, the best female result in history. 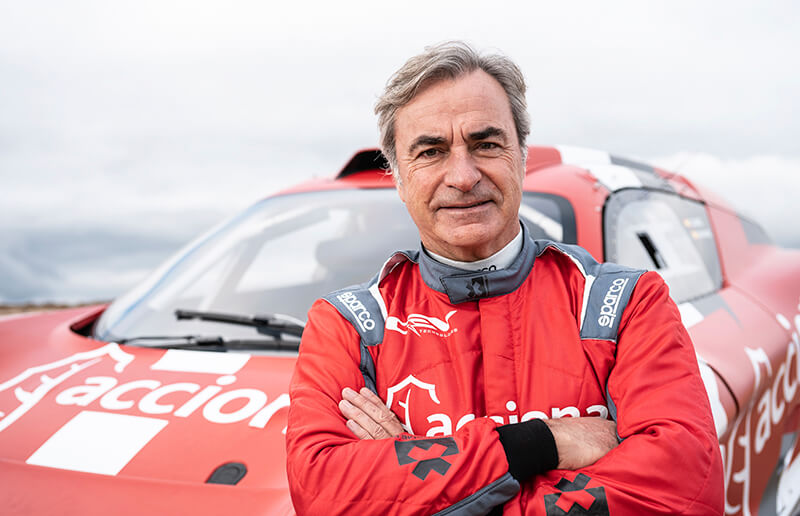 With nine world rally titles he has been named the best rally driver in history. In 2010, he became the first Spaniard to win the Dakar Rally in the car category, a title that he reclaimed in 2018 and 2020. With a career spanning more than three decades in the world's motoring elite, Sainz made history by becoming the first non-Nordic driver to win the Finnish Rally. All these successes led him to be awarded the Princess of Asturias Sports Prize in 2020.

Get to know the ACCIONA | Sainz XE Team

This website is not compatible with
INTERNET EXPLORER 11 or earlier versions.